Oll an Gwella to perform at Newquay Beer Festival 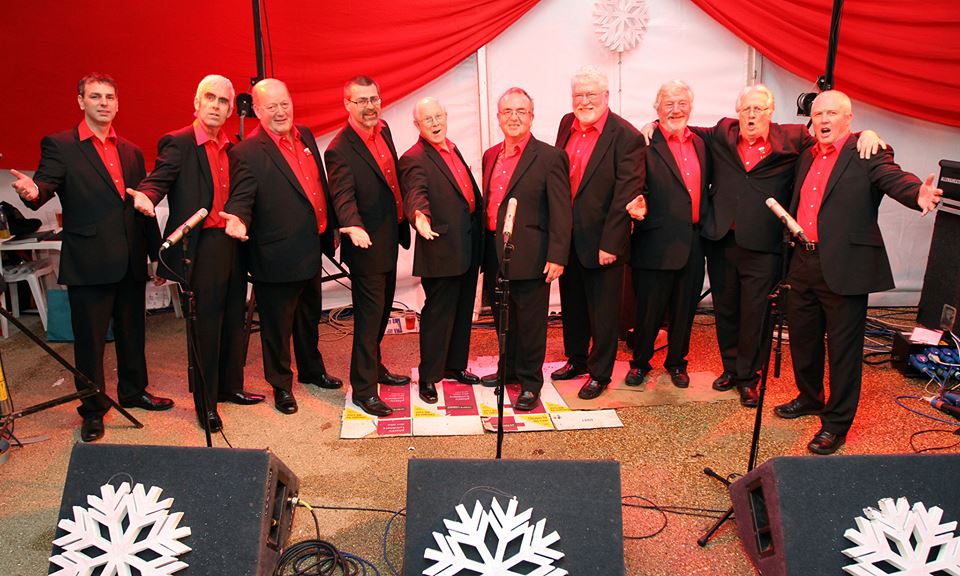 Oll An Gwella performing at a recent event

As well as promising to offer a huge range of beers, Newquay Beer Festival are proud to announce that some of Cornwall’s top groups are also to perform at the charity event in September.

The first announcement is that Oll An Gwella have offered to perform for the crowds on both the Friday and Saturday of the festival, organised by Newquay Towan Blystra Lions.

Bringing together a real feel of Cornwall, the group are part of the popular Newquay Male Voice Choir, and offer a less-formal take on old favourites, and a few surprises as well.

Originally established as a quartet for less formal occasions, the group now regularly perform their acapella music to audiences in pubs, clubs, festivals and community halls, as well as supporting the full choir in Concert.

They help to raise money for the choir as well as supporting social, voluntary and charity events. Their repertoire consists of a mixture of modern songs with a “Flying Picket”-style arrangement and pub singalong favourites together with folk songs and shanties. Although less formal than the full choir, the group practice hard to bring a high-quality close harmony to their songs.

Since their inception, they have supported a range of events, including the Royal Cornwall Showground.

Matt Bunt from Newquay Towan Blystra Lions said: “We are really pleased that Oll An Gwella are able to perform at the festival. As always, they will bring a great Cornish feel to the festival, and also guarantee to get you singing along yourself!

“They are big supporters of projects in the community, and we are very grateful to them for finding the time to take part in our charity festival.”

Many other local bands and acts have also confirmed for the festival, and organisers will be releasing more details of the line-up over the coming weeks.

Tickets are available now, with camping on-site from just £6 per night. You can find out more, and also get the latest news in the run-up to the festival at www.newquaybeerfestival.com.