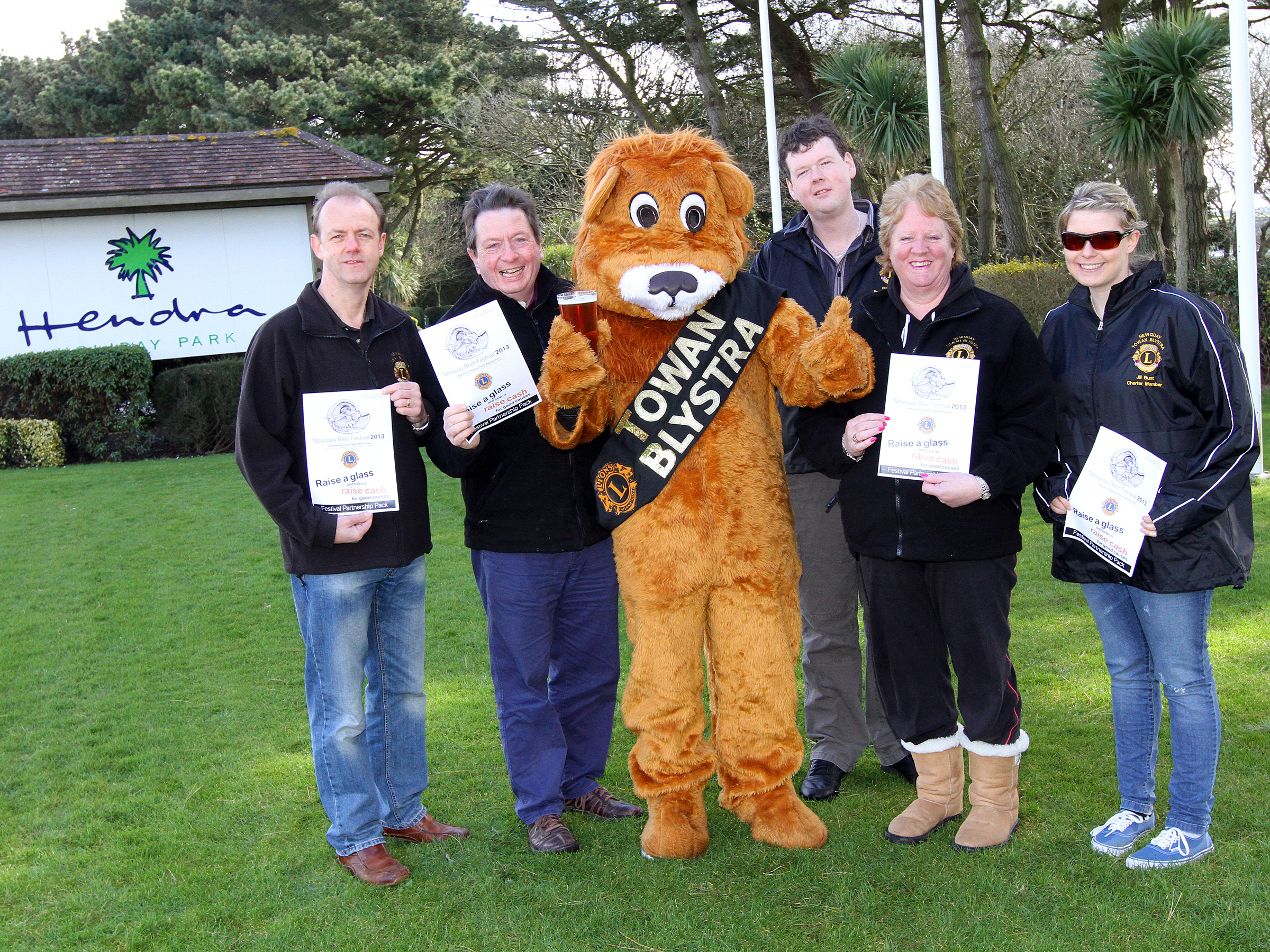 The first ever Newquay Beer Festival will take place on Friday the 20th and Saturday the 21st September 2013 at Hendra Holiday Park in Newquay.

The charity event will feature dozens of hand-picked real ales and a small selection of ciders, from breweries both here in Cornwall, as well as further afield. There will be a good selection of offerings from larger breweries, right the way down to local microbreweries.

There will also be great entertainment throughout the two days, with local bands and artists offering a mix of music to cater for all tastes.

Matt Bunt from Newquay Towan Blystra Lions said: “We are really excited about the upcoming festival, and lots of work has already gone into the planning and organisation behind the scenes to make sure it’s a success.

“We’ve followed the example of fellow Lions Clubs from across the UK, who have already established very successful beer festivals of their own. Our aim is to raise as much as we can for local causes, and have a great time whilst doing it!

Newquay Towan Blystra Lions Club is a voluntary group of men and women, who work together to help support good causes in Newquay and it’s surrounding communities. The money raised by the beer festival will go directly towards these.

Matt continued: “We must say a very big thank-you to Matt Way, and Hendra Holiday Park for their support and for allowing us to use the park for the festival.”

There are a limited number of festival tickets available. These cost £6 per day, and can be purchased online alongside discounted camping at www.newquaybeerfestival.com.